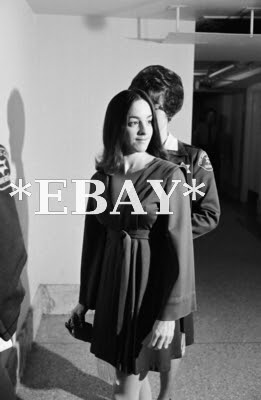 "Has anyone seen my tweezers?"

Don't forget to add the new Sadie Mae purse with built in Buck knife sheath to your Christmas shopping list.

Does this dress make me look like a psycho murderous skank?

Can one of the SoCal based reporters photo the spot where Sadie dropped the deuce and post it. I load all the noteworthy locations into my Garmin and will pay tribute the next time I'm in beautiful LA.

maxfrost said...
Can one of the SoCal based reporters photo the spot where Sadie dropped the deuce and post it. I load all the noteworthy locations into my Garmin and will pay tribute the next time I'm in beautiful LA.

LMAO When our photog went to scout the localtion I told him he better come back with a picture of that shit skid if it was still there. LMAO ahhhhaaa

Does anyone here run the Charlesmansonatwar site? There's a photo over there said to be Sadie with Anton LeVeigh but, I can't understand the directions and none of the girls, in the picture, look like Sadie to me. Can anyone pick her out?
It's the seventh photo down at the link below.
http://charlesmansonatwar.tumblr.com/page/2

orwhut, she is the girl lying down in the background.

According to LaVey Susan is the foreground on the left

Season,
Thanks. I missed the word lying. Whatever that is back there looks kind of like her to me. I have a problem in that her torso seems to be a long way from her head.

Cielodrivecom,
Thank you. I don't think the girl to the left looks like her but, camera angles play tricks so, maybe it is.

This could turn out like the picture we had a while back and there were several different opinions about the guy with the beard.

I didn't think that was her on the left either. But that's what he said when I asked him to clarify.

But since you brought up the guy with the beard. I did some homework and found out that all pictures I was comparing were mislabeled, all were in fact Ross, not Rice

Sorry, I can't think up a caption...
Since people are identifying the cast of characters in various photos, does anyone know who the girl is in the well-known photo in the kitchen of the Barker Ranch, in front of the stove and kitchen shelves (well-stocked with food, it appears)? She is in profile, long brunette hair, and she is sometimes identified as Gypsy, but doesn't totally look like her. Anyone?

cielodrivecom said...
I didn't think that was her on the left either. But that's what he said when I asked him to clarify.

We can't ask Sadie, so I guess we'll never know for sure. Thanks for clarifying about the mislabeled pictures.

toocrowdedinthishouse
Can you give us a link? We might all be thinking of different pictures.

We can't ask Sadie, so I guess we'll never know for sure. Thanks for clarifying about the mislabeled pictures.

Well I'm sure we could tell if we had the actual photo, as opposed to looking at a small picture of a photo on a table.

If it's one of the regulars, I think it's Gypsy.

Look at how neat and organized everything is. I could use one or two of them around my place. This must be from the '68 stay at Barker's. She looks so calm and closer to her size in the Ramrodder days.

My name is Talky Tina and I'm going to kill you...

Dilligaf said...
My name is Talky Tina and I'm going to kill you...

She looks like she had a kinky side, for better or for worst. She knew when the cameras were clicking. We won't see anyone else like her again.

Orwhat and Cielodrivecom:
Yes, that is the photo (in the link you posted, Cielo), and thank you both for identifying it for me. There is something "off" about her in that photo (the hair?), and I always wondered if that really was Gypsy. The kitchen looks so well-stocked and organized in that photo, although clearly recognizable as Barker Ranch from the range and shelving. I wondered whether it was a photo of some non-Manson time period during that house's history. From what I've read, they were on starvation rations when the girls stayed there with Charlie. Doesn't really jive with the photo.
Sorry for my late reply---been recovering from Eviliz's NYEve party. Happy 2012.

This pic was purchased by a collector in Australia! ;)