I was reading "Manson's Right-Hand Man Speaks Out!" today on Watson's website. Here is a quote from him "It's not easy for me to talk about or to read about the actual murders as portrayed in my book Will You Die For Me? The facts of my book were taken from tape recordings I did with my attorney only four months after the crime. These recordings were very accurate descriptions of the crime, play-by-play."

That made me think first of all good find.  Second-Tex writes "These recordings were very accurate descriptions of the crime, play by play."

THE CRIME.  Leaves room for speculation. Not THE CRIMES.

He does not mention crime in plural.  Plural to me would mean Tate /LaBianca.  Singular, would that be Crowe or Shea?  Or maybe other crimes we don't know about?  Was it just an error he said crime singular?  I personally think he meant just TLB.  Either way in his book he claims the recordings are accurate. 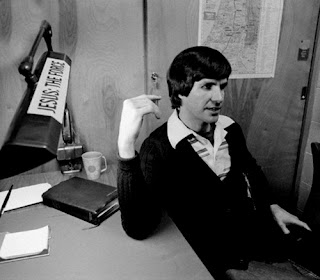 Watson denied there are additional crimes besides TLB on the tapes in a legal filing opposing LAPD gaining possession of the tapes. Watson did not object to LAPD detectives being allowed to listen to the tapes in the presence of some kind of court monitor, but LAPD maintains that is not adequate for a proper investigation.  Maybe he is telling the truth (for once) when he says there are no other crimes besides TLB mentioned on the tapes. As always regarding the crimes I am baffled.

There are millions of topics worthy of discussion in this life - for me, Tex Watson's capacity for truthfulness is not one of them.
That said, I admit I am curious about this evil bastard's situation in life. Is he alone in this world, do any of his four kids maintain a relationship with him? Does he have any kind of support system outside...cousins or nephews or siblings or such? Or have relatives washed their hands of him?
I've never seen ANY sympathy or empathy expressed for this guy on any of the TLB blogs, rightfully so. I wonder if Rosemary's daughter still maintains a relationship with him?

He has plenty of support from his family.

"It's not easy for me to talk about or to read about the actual murders as portrayed in my book Will You Die For Me?"
Allow me to translate.
I find it difficult to recall lies I told over 40 years ago which in turn were based on lies told by others. I will instead refer you to my original recitation of the lies so I don't contradict myself, get taken apart by bloggers making myself seem even less credible than I already am.

Yeah, what Blipcrotch said. Spot on.

Watching Manson (1970) I noticed that Sandy mentions her and Mary's reaction to seeing the newspaper of Tate murders while in jail
She says something to the effect of, "Wow, they did it."
Were the murders planned before the girls were jailed or did they just recognize the writing on the walls?

Why was Tex never charged with Shea? They have enough evidence I would say. If Tex ever got paroled, would he walk out the prison door and be rearrested and brought back to LA? They could do that I guess, right?

He wasn't charged because there wasn't enough evidence at the time.

Gee, just because Tex said he didn't commit, or partipate in any more murders, we should believe this f*cking animal? Tex Watson, in my opinion is a casebook example of a "sociopath." Got this from a website I was, and it describes him perfectly:

Sociopaths lie all the time. Their only quest is to serve themselves and, if this entails lying, cheating or even murder, they will do so. If one catches them in lies, they are brilliant at changing the subject, placing the onus on the other person, denying their involvement, etc. They are even good at deceiving the police and the court system!

Too bad we don't have a copy of the tape recording of Charlie's instructions that was playing in his head as he was slashing away at the "Blobs". "Blobs" that he happened to know personally and while in a house he had been in before.

Yeah, he was in a fugue state, with Blobs and flashing lights and colors and Charlie's instructions playing in his head. It's all so confusing. Yeah, that's right.