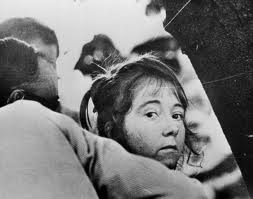 From MSNBC
August 14, 2009.  "She will be on supervised release for two years, where general conditions include reporting regularly to a parole officer, no associations with criminals or owning guns or leaving the area." said Tom Hutchison a U.S. Parole Commission spokeman. 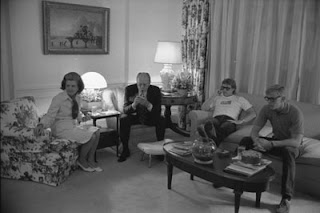 President Ford and First Lady Betty Ford and sons Jack and Steve watch television news coverage on the attempt on the President's life.

Eviliz wonders-Where is Lynn? Still in NY with her man? Why has she been keeping herself on the down low? Has she been to Walmart since? Does she FaceBook with Sandy? Do you think she is still loyal to Charlie at age 64? I don't. 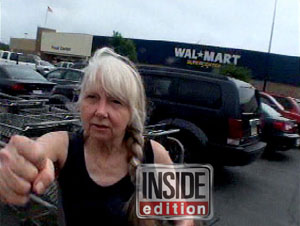 She forever was and will forever be loyal to Charlie. But loyality comes in many different shapes and sizes

It would be interesting to hear Lynette's parole hearings. But unlike hearings in California, a federal parole hearing isn't considered public record. The hearings aren't transcribed either. You can get audio copies, but you have to get signed consent from the inmate.

Last I was told she is still here.

That would be some freaking good commercial for walmart.

I concur, starship. As Johnny Angel said in a previous thread, "no one wants to know Costco secrets from Jenilee Harrison". That is certainly accurate. But just imagine: Wal-Mart secrets from Squeaky Fromme! Shit, I'd start watching TV for that!

With the release of Arthur Bremer and Sara Jane Moore, combined with Squeaky there’s a buffet of buffoons just begging to be exploited for the sake of some quality American TV. I would combine the formats of ‘The Apprentice’ with 'American Idol’ where tasks are assigned to the failed assassins who then perform. Send Sara Jane to Coney Island to judge a hot dog eating contest, Arthur Bremer is tasked to moderate a presidential debate and Squeaky is selected to operate the saws in a lumber mill. That way numerous venues could be featured in each show. I’m using a working title of ‘Assassin Nation’ for the double entendre, hook combined with a bit of literal irony. Watch for it this fall on E!

Why is it that Squeaky always seems to know where the camera was?

Moreover, +1 that she actually escaped from the Alderson Federal Prison Camp. Did she have to time it right and scale a fence to run out into the woods?

Irregardless of what your opinion of Ms. Fromme might be....she did not go gently into that good night, save for the time she escaped from prison.

She probably has to stay away from California for the duration of her parole. I wonder how she feels about Star?

@TomG, I could be wrong, but I'm pretty sure Alderson doesn't even have a fence. It's an extremely lax prison. The housing facilities more closely resemble a college dorm than a prison block. Maybe Martha Stewart can come on here and fill us in on the details.

According to Wikipedia, there are fences at Alderson but without barbed wire, which sort of makes it like climbing a fence to sneak into a high school football game, which I bet some of us did back in the day.

Also most federal prisons have FCI's which are fenced and adjacent prison camps that are without fences.

Most of these prisons are located in rural areas, so there really isn't anywhere to go even if you do get out.

But that isn't my point anyway. My point was that Squeaky Fromme is an impulsive risk taker and seems to be willing to face the consequences of her choices.

I just think she is somebody with a screw loose, but at least an interesting enough person to come up in discussions from time to time.

Most Federal Correctional Facilities are fenced in, some with barbed wire, some without.

Prison camps usually are not fenced. The drawback is that these prisons generally are set deep into rural areas, so even if you do get out, where the hell do you go?

I wonder what she does with her day-to-day life now . . . I imagine she'll be loyal to Manson 'till the end. Despite the lunacy surrounding the whole thing, I really do think that Lynette loved Charlie - or at the very least, truly thought she loved him.

What a waste of her life.

What a waste of her life.

I wonder will any of them give more information on other murders.They all have to cover up for each other.