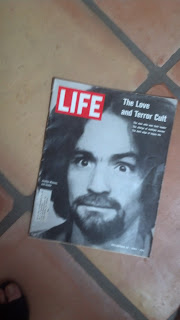 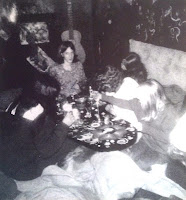 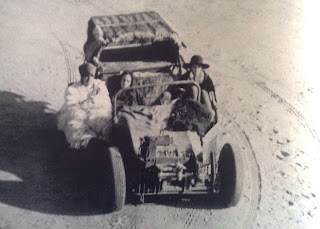 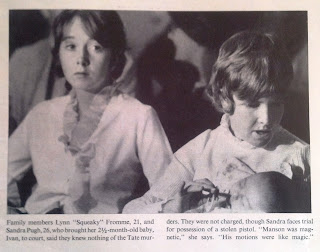 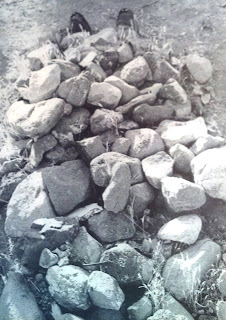 the picture of the dune buggy is my favorite. nancy pitman's mom just about had a coronary when she saw her furs on manson's dune buggy. she didn't realize they were missing until she got her copy of the magazine.

Nice find, Patty-mom! Good to see these pics in a higher resolution than I'm used to.

Are you gonna OCR the article for us? :)

Patty, on the lower lefthand corner of the cover it says, "Delay Innocent, Bush Declares". If you find 10 minutes in between college degrees could you look & see what that article was about?

George HW Bush was a TX Congressman in the House of Representatives then.

Just curious is all.

haha will do. Summer school starts in 50 minutes so when Patty gets home she'll take care of that for ya

Matt, Patty had not thought about OCRing it but that would be hella easier than transcribing, no?

Just OCR, then tweak a bit.

Is Sandy holding Ivan in that dune picture with the fur coat? looks like Sadie and Lynette in the picture? also not sure the pic of the girls eating one girl definitely looks like Susan not sure who are the others

The only girl I can I dentify in pics 2 and 3 is Sadie. Can someone please help? While we're at it, what are the two walrus looking objects at the far end of the rock pile?

If I had to guess:

Matt, Candy, and Patty,
Thank you! My eyes ain't what they used to be.
Beware the Walrus,
Whut

Suze, Patty pulled the cover jpeg off the internet. When looking at her own copy, the Bush headline is absent. Interesting, no? There must be more than one version, or else Patty's leader photo above has been 'shopped.

That was a good catch Susie and Pattie.

She's a sharp one. Not Patty, Suze.

Patty, thanks for posting the cover that you have in your possession. I know all of you Eviliz folks have busy lives outside of all of this. We appreciate it!

Matt, did you win your baseball game yesterday????

Sure did, Suze. It was a squeaker. We won by one run without our regular pitcher & catcher. Whew...

This brings to mind Patty's recent comment (or re-comment, as it were) regarding there coming a day when "Charlie isn't Charlie anymore" because he lived long enough.

You have this media portrayal of him that was to a great extent fictional. Manson always knew when he was being fucked with and played to the camera when it happened. "Who is fucking with who now", he seemed to be saying.

Then listening to the Backporch Tapes recent interview you were kind enough to direct us to (I wouldn't have found it otherwise) I got that same sense that Patty got. Eerie.

A big round of applause to Eviliz and her helpers!

Panamint Patty said... She's a sharp one. Not Patty, Suze.

Suze caught the Bush reference and Patty had the foresight to check the net copy against her hard copy. I'd say you're both sharp cookies.

I also have an original copy of this
Magazine sealed in plastic $20 about 8 yrs ago found this and 1st edition of The Family in a little store in Ocean City N.J

I lucked out and found a pretty good copy last year at a thrift/junk store for a dollar. All the Life Magazines there were a dollar. I've been looking for it forever and finally did. Was so happy I didn't have to pay over 20 for it.

are u a regular thrifter, Aaron? Was this your favorite find, or have you otherwise scored cool stuff?

Orwhut is right, the left shoe does look just like a little walrus! The overlapping grass stalks look like two tusks. LOL.
Patty, I go to thrift stores whenever I drive by one, and I once got a heavy sterling silver Gorham gumbo spoon (looks like a giant soup spoon) for 10 cents. I polished it up and gave it to a friend as a present---she was thrilled because it is the silver pattern she inherited from her grandmother, so she added it to her set. That was my best thrift store score. Sorry if this is a boring story; you must be a thrift store hound to get it.

I am a part time thrifter I suppose. Mainly I score vintage clothes. Though about 15 years ago I found a almost mint paper back of Five To Die in a thrift store for 3 dollars.

I just bought a Point Loma High School 1958 yearbook that has a photo of Sandy and her sister, Ginny in it.

I did some further reading on the internet and found that Virginia (Ginny) Good died of an overdose in 1982.

I didn't know that.

Did u find the yearbook in your city? That's a long way from San Diego!

Did you ever read that good Dead Ginny? I don't remember much about it but I do remember liking it.

No Cielo, what's that?

Sorry, good was supposed to be book. Still trying to master the craft of typing.

It's a "mostly true" novel about Sandra's sister Virginia Good. It was written by her friend Gerald Jones.

It used to available online under the title Dead Ginny.

The paperback I have is called Ginny Good, but it's the same book as far as I can tell.