Sunset77 was recently pondering whether or not a huge, military Croatian funeral on Youtube was for Zvonko Busic, husband of Julienne, who committed suicide earlier this year? Susnset inspired Patty to start poking around until she located this website: zvonkobusic.com. Although Patty does not speak Croatian, she does know how to use Google translator. She read there that:

"In September in 1976. years, Zvonko Busic, his wife - American Julienne - and three Croats, hijacked TWA plane in New York and eventually were arrested in Paris, France. The only goal of the operation was to draw world attention to the murder, closing opponents and human rights violations committed by Croats former Yugoslav dictator.

Their only request was that the leaflets of these misdemeanors publication in the New York Times, Chicago Tribune, Los Angeles Times, International Herald Tribune. Although the plane was not weapons, an incident connected with the kidnapping took place, to their chagrin, the New York City police officer was killed while three others were wounded.

Zvonko Busic and received a life sentence (with the possibility of parole after 10 years for Zvonko and Julienne for eight years, recommended by the judge).

The other three Croats were given 30 years each in prison. All Bušić's co-defendants were acquitted in 1989. year. Only Zvonko remained in prison until his release in July 2009th year, almost 32 years later, the high-security section Terre Haute in Indiana." 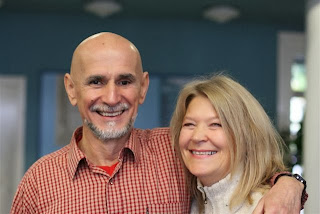 It surprised Patty to realize that Juliana is American, and that Zvonko was obviously well regarded by his countrymen. So yes, the funeral was for the husband of the woman who Squeaky legendarily hit on the head with a hammer. Has anyone ever heard why Squeaky did that?

Thanks Sunset for the inspiration. Peace.

There were no pillows in wood shop?

Not trying to be funny here. I heard it was some sort of Lesbian love triangle.

WOW, that's a tough one, cause Squeaky wanted to "knock" some sense into her!

How about: which did the government create first: the prisoner or the prison?

How did a private corporation (the railroad) get away with creating the Penn Station and a tunnel under the Hudson river WITHOUT "any" help from the US government ? Didn't they have laws against things like that - back then?

I thought I read in Squeaky's biography it was a fight about religion, although maybe I'm confusing that with someone else

Deb is feeding Patty newspaper articles off line. One that she just sent that seems plausible is that Julienne and Patty Hearst were quite close. Patty was in the same facility as the other two when she received her presidential pardon. Once she was gone, there was a power vacuum or a status vacuum that perhaps the other two were independently trying to fill?

According to a March 14, 1979 article Fromme was heard shouting while hitting Busic with the claw end of the hammer, "a white middle-class, rich bitch and doesn't deserve to live."

And in a April 10, 1979 article after Fromme had been transferred back to Alderson she said of Ms. Busic, "is a rat, was Patricia Hearst's best friend and (was) very disrespectful to me."

I read that as Squeaky being miffed that she had some stiff completion at Pleasanton on the old social ladder and was acting out because she was not the top darling of the prison!

That should read "stiff competition", my automatic spell check sucks!

I wonder hat she thinks of Red after she took a clawhammer to her.

They sure had cute terrorists back in the day.