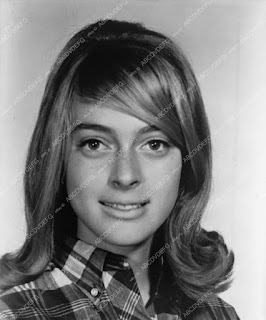 This photo is for sale on eBay - if anyone is interested in relic collecting.

To read about who Marina Habe (pronounced haahbay) was, here are a couple of older posts:

She was a beautiful girl.

If there are any other murders that could be attributed to the Family, they would probably be ones that Charlie did on his own. They blabbed too much about all the other ones.

Do you think Charlie did some on his own?

Charlie was a violent sociopath, perfectly capable of lethal acts of violence by himself--think of Crowe and Hinman. Did he just spontaneously become that way in the summer of '69? I doubt it. But I have no evidence, nor even a name. But I leave open the possibility.

I don't think that Marina was taken by just one person. The LA Times says in the Jan. 2 1969 edition-

"The last person to report seeing Miss Habe was John Hornberg, 22, her date last Sunday night. Hornberg, son of CH Hornberg, owner of a foreign car agency and a long time friend of the Habe's, and Miss Habe joined two other couples.

Hornberg drove Miss Habe to his home at 13326 Sunset Blvd. Brentwood, where her car was parked. At the Hornberg home, she changed from evening attire to brown capris and a turtleneck sweater which she had worn earlier in the day. Hornberg told investigators she left at 3:15 am.

At 3:30 am, the girl's mother was awakened by loud exhaust blasts from the black car of the girl's apparent abductors. Miss Hardt [Marina's mom] said she saw a man run towards the car yelling, "Go". He leapt into the car and the vehicle sped away.

Miss Habe's car was parked in the driveway. Officers said the emergency brake was pulled completely up- a position which could not be reached on her car except by exerting great strength.

Investigators say that they doubted that the girl was strong enough to pull the brake to that position and speculated that one of her abductors had set the brake lever."

Marina's friends said that she did not smoke or drink. She was home for Christmas vacation from college in Hawaii. I'm not sure why she would have been killed by anyone in the Manson Family. She really wasn't home long enough to have made enemies with anyone in the Family and if she didn't smoke or drink, she probably did not do drugs either.

BTW the night club at 9081 Santa Monica Blvd. was, and still is, The Troubadour. It's just east of Doheny Drive and Beverly Hills.

Comment from one of the old posts several years ago by Max Frost said he was working on a piece on her.

Habe does not look like I imagined, she was just a kid.